Dynasty Handbag: I, An Moron

511 Building - Arlene and Harold Schnitzer Center for Art and Design 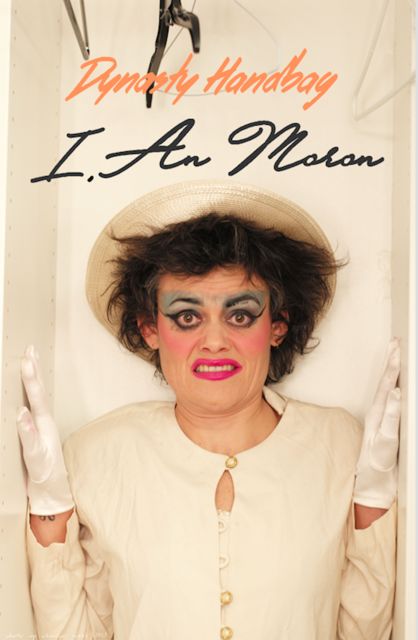 The Center for Contemporary Art & CultureI. in partnership with Portland Museum of Modern Art present I, An MoronDynasty Handbag’s new falling-apart stand-up show is a current events review of her privates and her publics, covering topics such as white women having babies and how this makes her feel enraged / grossed out / inadequate, a cover of Rihanna’s well-known blue-collar anthem celebrating the proletariat and an analysis of coyote discrimination in relationship to the Hollywood desert nightmare that is now a metaphor for complete global destruction. Show is updated to include horrible current event jokes. Day of show events even.

$15.00 general seating, free for PNCA students with an ID.

Bio Jibz Cameron is a performance/video artist and actor living in Los Angeles. Her work as alter ego Dynasty Handbag has been presented at such institutions as MOCALA, PS1, Joe’s Pub, The Kitchen, REDCAT, The Broad Museum, Hammer Museum, New Museum of Contemporary Art New York, among others. She has been heralded by the New York Times as the funniest and most pitch perfect performance seen in years and outrageously smart, grotesque and innovative by The New Yorker. She has written and produced 6 evening length performance pieces and countless short works that have been performed in clubs and venues internationally. She has produced numerous video works and 2 albums of original music. In addition to her work as Dynasty Handbag she has also been seen acting in films, theater and television (internet web series no one has seen). She also works as a professor of performance and comedy related subjects at Cal-Arts and NYU, as well as lecturing at such institutions such as Cornell University, Wesleyan University, Yale, among others. Cameron also produces and hosts Weirdo Night, a popular monthly alternative comedy and performance event. Jibz recently moved from New York to Los Angeles and is in development with Electric Dynamite on a television series about a performance artist that moves from New York to Los Angeles.