Giant Spiders, Suburbia, and Portals: An Activation and Conversation about Online Communion with Tabitha Nikolai and Emma Lugo 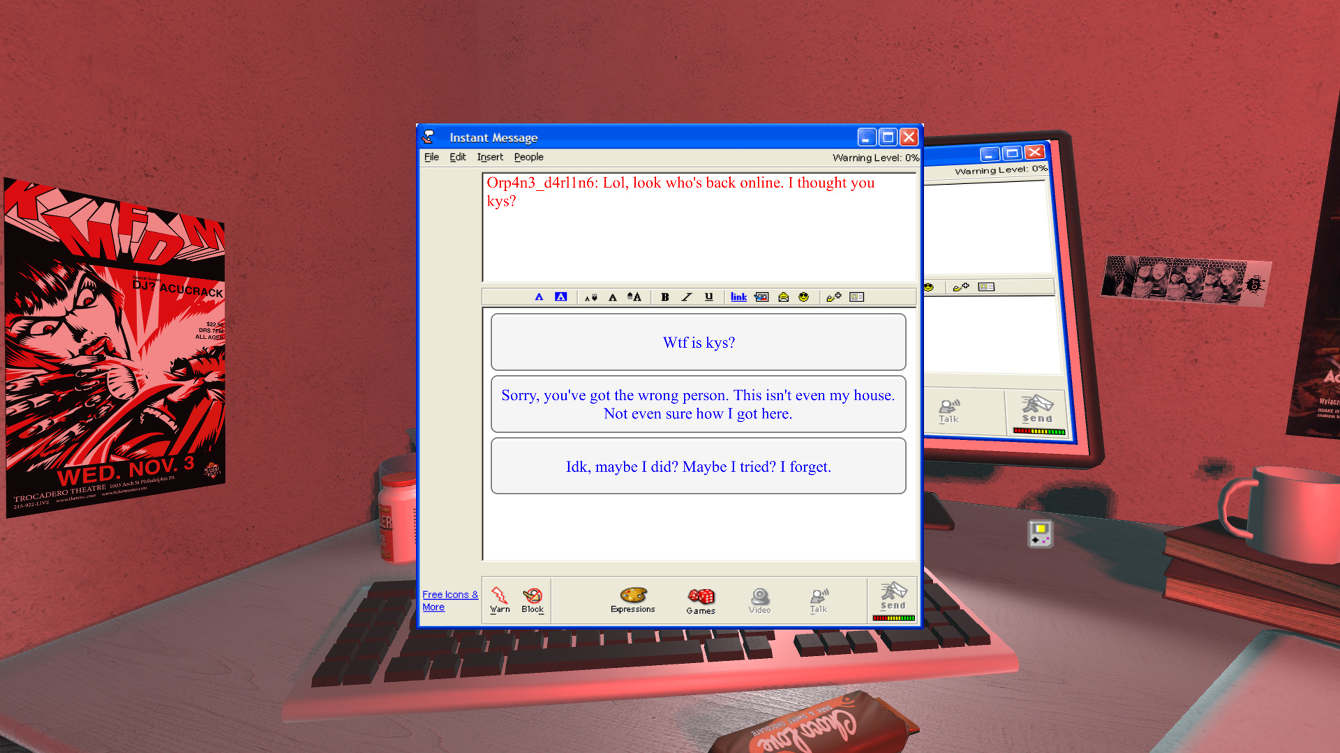 Tabitha Nikolai, Shrine Maidens of the Unseelie Court, 2018. Interactive virtual environment for PC and Mac and installation, dimensions variable. Courtesy of the artist.

Giant Spiders, Suburbia, and Portals: An Activation and Conversation about Online Communion with Tabitha Nikolai and Emma Lugo

Friday, October 30, 2020, 5:30 PM PST
[Zoom Link]
FREE and open to the public
*This performance involves audience interactivity. By registering you consent to turning on your video and interacting with the artist.

Join the Center for Contemporary Art & Culture (CCAC) at the Pacific Northwest College of Art (PNCA) for a conversation between multidisciplinary artist Tabitha Nikolai and community activist, board member at KBOO Community Radio KBOO’s shows Transpositive and Prison Pipeline, Emma Lugo. The programs begin with an activation and artist walk-through of Nikolai’s work Shrine Maidens of the Unseelie Court, 2018 followed by a conversation with Emma Lugo. The conversation will center upon how the work, and Nikolai’s larger practice, create networks through participatory gaming, online presence, and transfuturism. This conversation builds upon Nikolai and Lugo’s exchange from 2018 on KBOO and will be recorded for remote viewing and accessibility on the PNCA Online Gallery.

Tabitha Nikolai’s Shrine Maidens of the Unseelie Court is part of Networks of (Be)longing, on view October 2–November, 2020. The group exhibition includes a new commission at CCAC and a satellite solo presentation and one day will tell you so many stories at the Cascade Paragon Arts Gallery at Portland Community College featuring the work of PNCA Artist-in-Residence, Rami George. For more information concerning programming, remote viewing options, and accessible written and audio captions, labels, and a curatorial essay see the PNCA Online Gallery.

Tabitha Nikolai is a trashgender gutter elf and low-level cybermage raised in Salt Lake City, Utah, and based in Portland, Oregon. She creates the things that would have better sustained her younger self--simulations of a more livable future, and the obstacles that intervene. These look like: fictive text, videogames, cosplay, and earnest rites of suburban occult. Currently she teaches and manages galleries for the Portland State University School of Art + Design. Her work has been shown at the Portland Institute for Contemporary Art, the Utah Museum of Contemporary Art, Vox Populi in Philadelphia, Ganka Gallery in Tokyo, and has been covered by i-D Magazine, the New York York Times, and Art in America. She hopes you're doing okay.

Emma Lugo is a community activist and board member at KBOO Community Radio. As a trans, queer woman she became involved in organizing within the transgender community in 2014 helping to organize the first ever transgender rights march in Portland, Oregon. She has also served as a panelist and organizer on a range of queer community projects including organizing a panel of transgender members of the US military and as principal organizer of the Transgender Day of Remembrance Interfaith Vigil which hosted US Senator Jeff Merkley as keynote speaker.

A small business owner, Emma is married to her wife she comanages their landscape business with. On air Emma co-hosts the radio program Transpositive which uplifts the voices of Transgender and Non Binary community through interviews and an exploration relevant to the community. As an abolitionist and prison activist Emma also co-hosts the radio Program Prison Pipeline which interviews and brings to public awareness aspects of the prison industrial complex from a humanitarian perspective and a view toward representing the authentic voices of those inside and the issues which form the narratives of their lives experience. Outside of KBOO Emma serves on the Board of her Shul, Congregation Shir Tikvah and serves as the Secretary of the Pacific Green Party and is a three time candidate for US Senate.

[An interactive game on a Mac or PC downloaded from the Internet within an installation environment. The installation features a gamer’s home environment with a desktop computer with customized keyboard, neon red lighting, a soiled mattress, posters, and a plant. In the game, the player navigates a suburban apocalyptic scene in which they have the choice to enter a house and explore a gamer’s portal to another universe.]