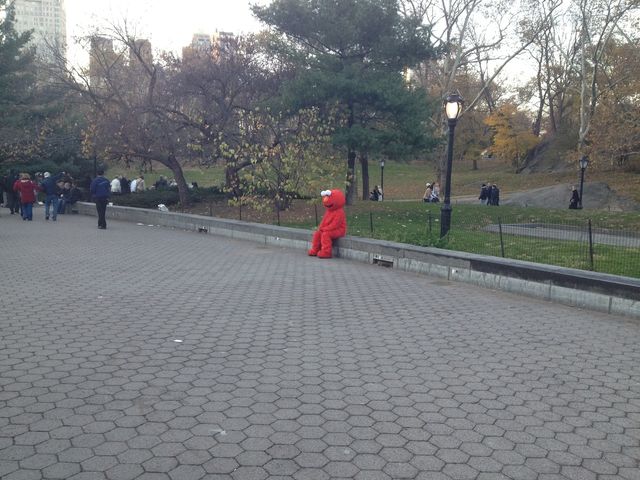 OCGOPF is a festival for performance art in conversation with public spaces. The performances challenge the use of public space by performing without permission. This will be the fourth iteration of OCGOPF happening within the North & South Park Blocks of Portland, Monday through Wednesday, April 17th, 18th (TAX DAY) & 19th 2017 during park hours 5AM to 9PM. This event is part of Beth Heinly’s offerings for the exhibition Costumes, Reverence, & Forms A Portland/Philadelphia Mixer, co-organized by Vox Populi and Center for Contemporary Art & Culture at PNCA.

So, what will you propose? Please send me your submissions! This is an open call meaning no submissions will be turned down for inclusion with the exception of a performance that is violent in nature, promotes hate speech, harmful to animals or damages public property. We at OCGOPF go by the scout rule of what you carry in, you must carry out - do not pick the flowers. In addition to the description of your performance I need to know where approximately in the park you will be performing including the day and time of your performance. All performances will be listed on an online map at ocgopf.tumblr.com. There will also be maps available in print the days of performances for park goers.

Send your submissions to bethheinly@gmail.com by March 16th, 2017. For inspiration please read about the parks’ history, go visit the parks or go to ocgopf.tumblr.com (you’re here) to see past performances.

There will be a meet-up prior to the festival in front of the Da Tung and Xi’an Bao Bao sculpture in the North Block Park on Sunday, April 16th at 3PM. Performers are required to attend.